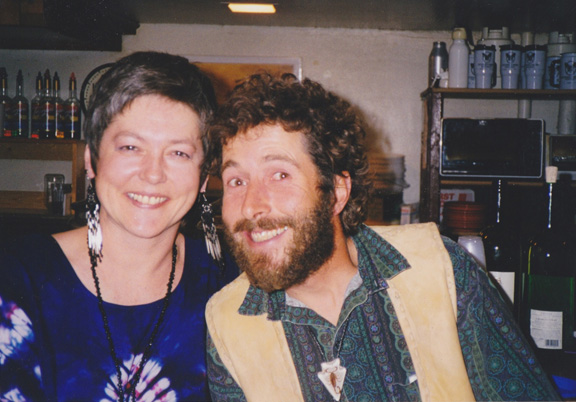 Crystal brings to this project a wide variety of practical experience, from managing a computer graphics department for an ad agency in New York City to years of working as a waitress while going through art school. She has functioned as the designer and general contractor during the restoration, overseeing the upgrade of the electrical, plumbing and other projects. As a trained artist, she does most of the painting, furniture refinishing, and wall treatments. When she’s not acting in the role of manager, she’s Piere’s right hand! Crystal is involved with several local arts organizations, serving on the Board of Directors for the Killdeer Artisans Guild. She recently finished her final semester at the UofM in Missoula, for a degree in media arts. She’s also a coach for the “Montana Artrepreneurship Program” through the Montana Arts Council.

Piere has worked in the building trades since he was young, first learning from his father and later apprenticing for seven years with two master masons in Bozeman. For many years he ran his own masonry business. In the past he has built (or assisted in building) many timberframed homes and businesses, including the Four Seasons resort in Jackson Hole, Wyoming. He has managed a successful landscaping business, worked as a stock clerk in a drug store, and as a sales rep in a furniture store. He also holds a bachelors degree in art from MSU at Bozeman.